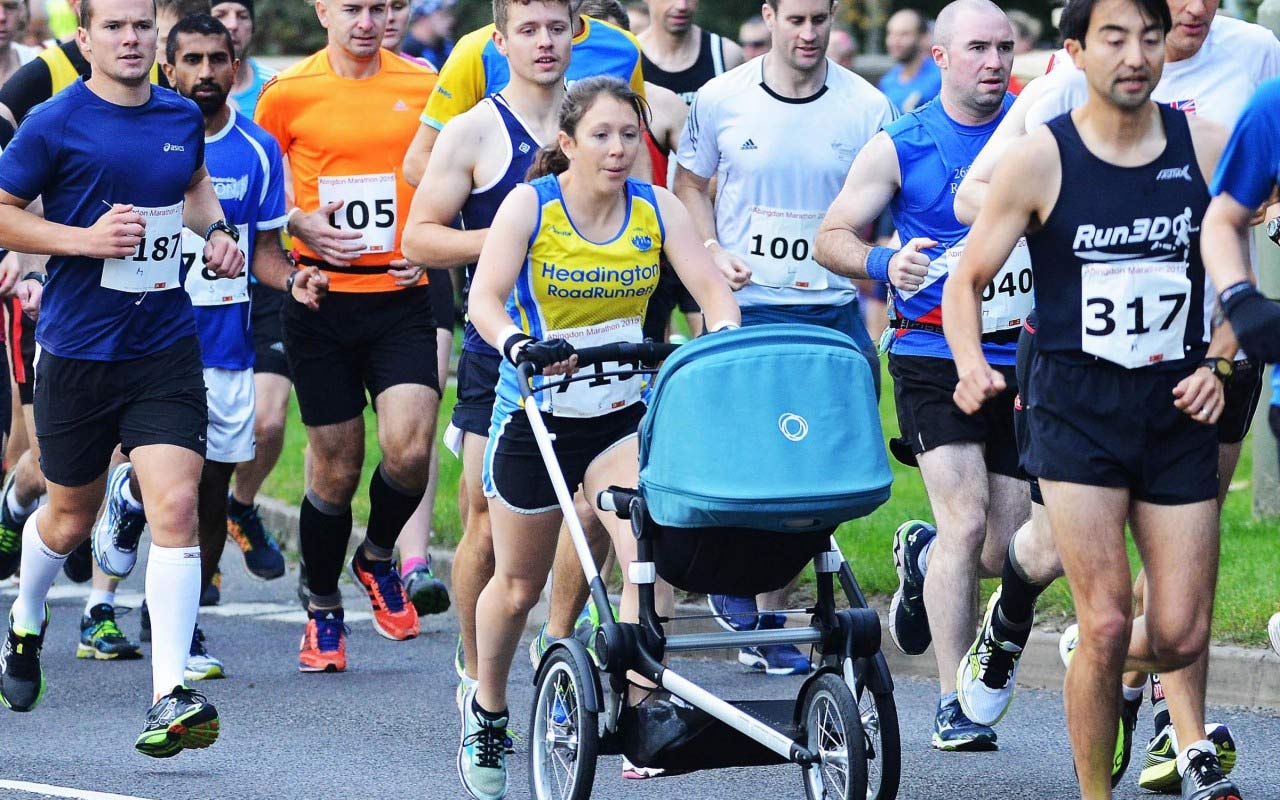 The Abingdon Marathon was first held in 1982 and 2017 will mark the race’s 36th year since its inception. This will be the 35th running of the race – unfortunately the 2007 event had to be abandoned.

The marathon entry has grown over the years but has an entry limit of again 1,200 this year. We expect this number to be reached by the beginning of April, well before the closing date, so make sure you enter early to avoid disappointment.

The Abingdon Marathon course passes through the centre of the Milton Park business estate.

The race is organised by a committee of volunteers from clubs across Oxfordshire. The organisation of a marathon is a considerable job, and this year the Committee is grateful to the support from Abingdon AC, Alchester AC, Headington Road Runners, White Horse Harriers AC and Witney Road Runners. Without this support and the assistance of a number of other local clubs and voluntary organisations the race would not take place.

The event is a BARR graded Gold event. In addition to putting on a first class event for the competitors, the organisers aim to support a number of local charities and the main beneficiaries over recent years have included Against Breast Cancer, SeeSaw, The Archway Foundation and Abingdon Lions Club.

Whether you are taking part as a runner, supporting your family or friends as they run the race, or just enjoying the spectacle and the enthusiasm of the day we hope it will be a day to remember.

Marathon Route
The route is predominantly flat, allowing the chance for good race times. It is a two lap course running through the town, through several villages and following part of the River Thames. A recent poll by Runners World readers the rated the Abingdon Marathon as their favourite race in the country for achieving a PB. The race starts and finishes at the Tilsley Park athletics track.

The race categories for this event are as follows: