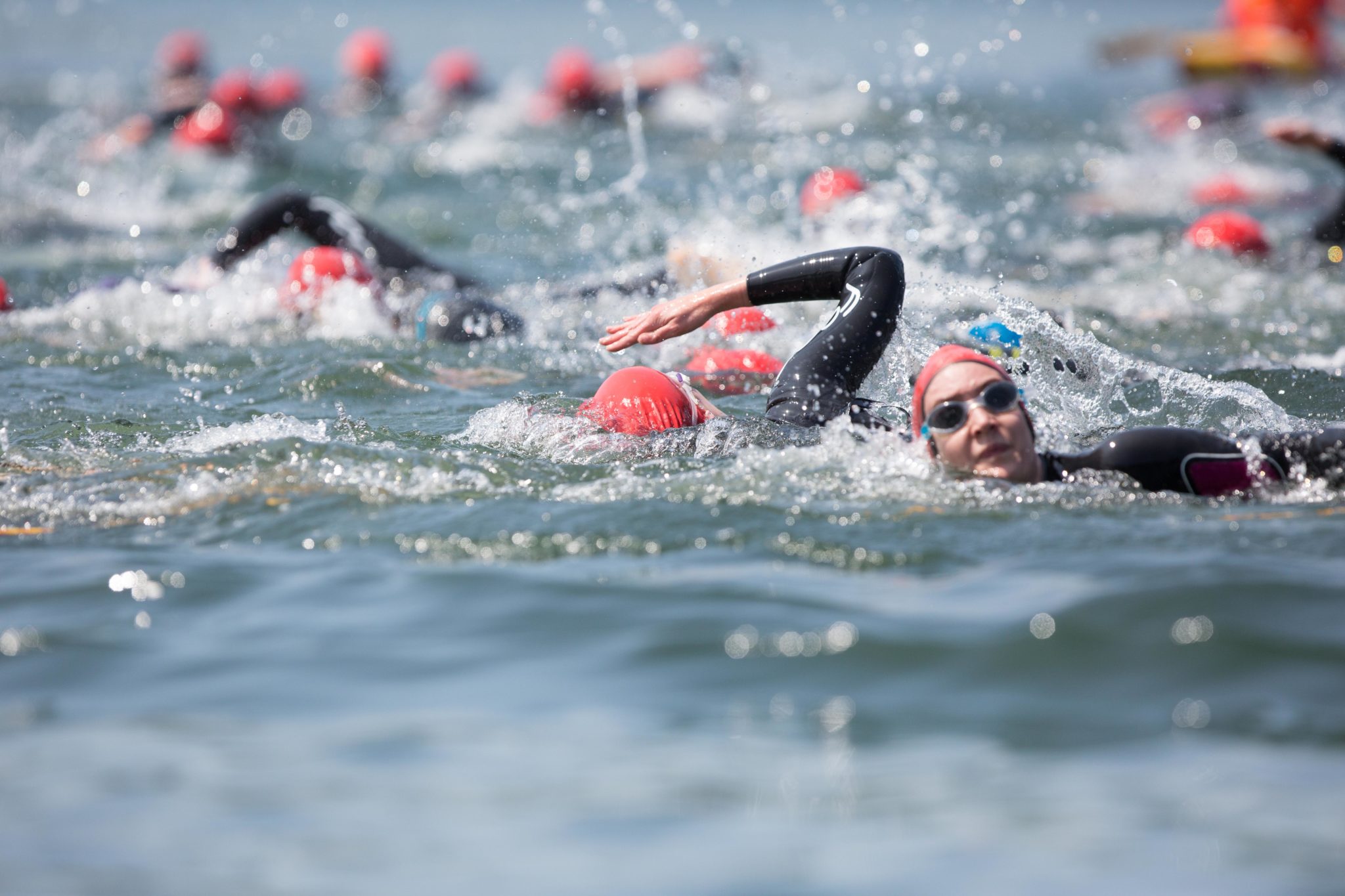 WELCOME TO THE WORLD’S LARGEST TRIATHLON. SET IN ONE OF THE MOST FAMOUS CITIES ON THE PLANET, GET READY TO RACE PAST THE ICONIC LONDON LANDMARKS WITH THE BEST ATHLETES IN THE COUNTRY KEEPING YOU COMPANY!

Taking place on 22nd and 23rd July at the London Docklands this triathlon attracts over 13,000 participants and is one not to be missed. Sign up today and swim, run & cycle around this spectacular route. There are 4 distances available and the opportunity to enter as a team relay, so whether this is your first triathlon or you are looking to smash your PB, you’re guaranteed to have an amazing time.

Join forces with the team that will get you to the finish line. United we are stronger than cancer. Take part in the London Triathlon and raise money to help us beat cancer sooner.

The AJ Bell London Triathlon is an immensely spectator friendly event attracting more than 30,000 people a year, who come along and support friends, family and loved ones.

The transition area and finish line are actually inside the ExCeL Centre and are both fantastic areas to catch a glimpse of those you are cheering on!
DISTANCES

There are 4 distances available: Super Sprint, Sprint, Olympic and Olympic Plus. Please see the table for a breakdown of each distance.

You can enter as an individual in any of the 4 distances or as part of a Team Relay in the Sprint and Olympic distance categories.

With a variety of distances available, there’s something for triathletes (or soon to be triathletes!) of all abilities and ambitions.