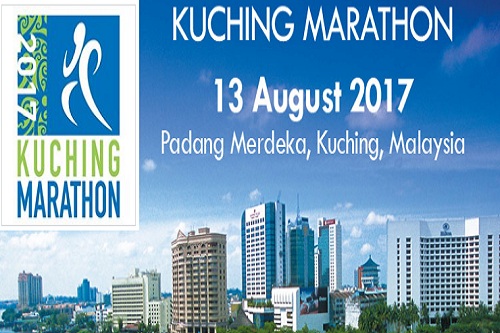 Be a part of the annual Kuching Marathon (KM), an international affair that takes runners through an illuminating run through Kuching city’s rich cultural and colonial history expressed in its unique architectural buildings and landmarks couched in natural surroundings.

The KM 2017 is a road race competition which consists of a full marathon of 42KM (measured to the international standard of 42.195KM), half marathon of 21KM, run of 10KM and 5KM respectively.

As the 4th edition of the Marathon which was inaugurated on 17 August 2014, KM2017 is now an international road race recognised by Association of International Marathons and Distance Races (AIMS)