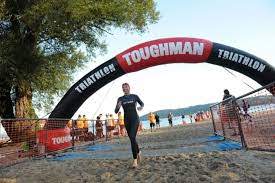 The Toughman Tennessee Half – an Atomic Experience is Tennessee’s original half iron distance event and part of the ATOMIC WEEKEND along with the Atomic Olympic / Sprint Triathlon & Duathlon. This year celebrates the 17th year of the event that has won praises from athletes, spectators and officials as one of the best half iron distance races in the Eastern US. Awards 3 deep in 5 year age groups,