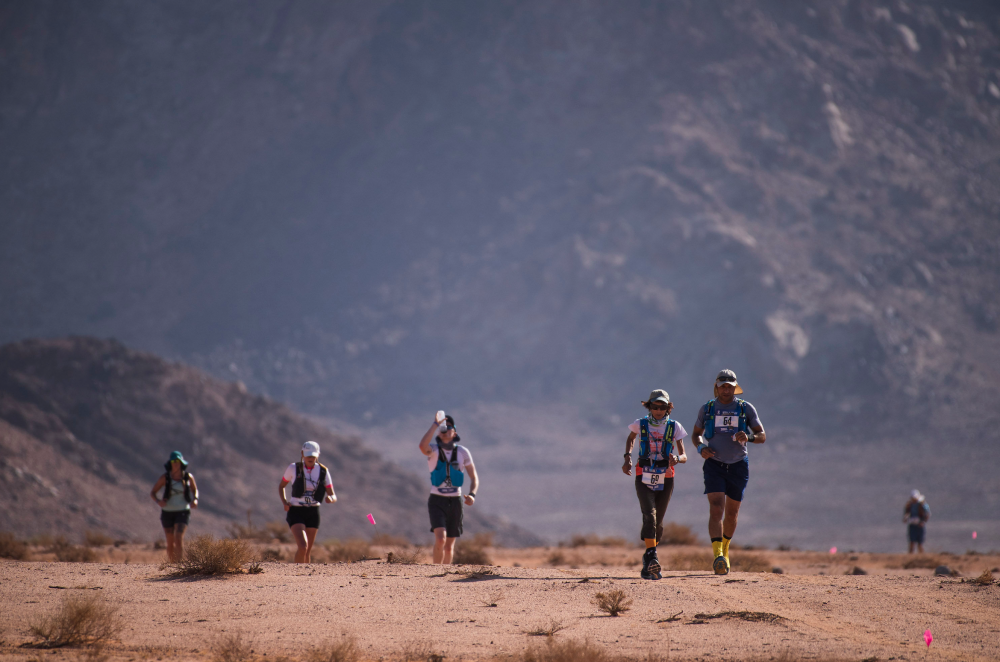 Wadi Rum’s nickname is “The Valley of the Moon” and participants will quickly see why. Its landscape, characterised by unique towering rock formations, is truly mind-blowing, as is the challenge. As locations go, this place is unrivalled in its beauty.

We are dreaming of the desert!

Did you know that Ultra X Jordan was our first event? From 2016 to 2018 it was called the Wadi Rum Ultra. In 2017, Sam and Jamie (the co-founders) met, Sam was running and Jamie was the Race Director! The two got on and the rest is history!

Here is why we think you should be joining us this October:

Our race course, which changes slightly each year will take participants on a grand tour of Wadi Rum’s protected region. You’ll pass through canyons, dried up riverbeds and occasionally over big sand dunes.

The desert is steeped in history. Wadi Rum may be best known for its connection with British Army officer T. E. Lawrence aka Lawrence of Arabia, who passed through several times during the Arab Revolt of 1917–18.

If Wadi Rum isn’t enough for you, the opportunity to visit the Lost City of Petra on the Saturday after the race certainly will be.

Petra will take your breath away. The area is thought to have been inhabited from as early as 7000 BC and was once a major regional trading hub used by the Nabataean people. For the film buffs among you, it’s fame was amplified in Indiana Jones, The Last Crusade

All finishers will receive a race medal. Different medal ribbons will be awarded based upon the finishing times outlined below.

As part of our Sustainability Policy, the Green Ribbon will be awarded to the competitor that displays the highest commitment to reducing their environmental impact both in preparation for and during the race (as determined by the organisers).

2. Accommodation during the race (3-8 October)

4. Medical staff on course and at all campsites

5. Osteopathy staff on course and at all campsites

6. Drinking water at checkpoints on course and hot water
for preparing food at all campsites

7. Celebratory meal and local entertainment on the final night of the race

9. Digital copies of all images from event photographer

2. Accommodation before or after the race (accommodation at the race hotel can be purchased as an add-on at checkout)

7. Transport home for runners who are
disqualified or withdraw early